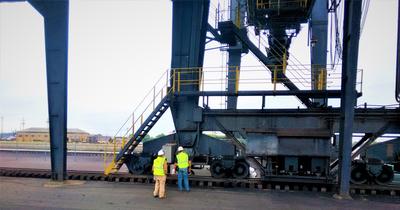 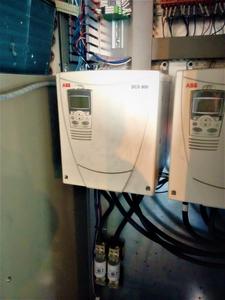 All the Motor Controls, Resistors and Contactors were replaced with Solid State DC Drives. The Operator Cab Controls were connected to Remote Programmable Controller I/O to eliminate control wiring between the Drives and Operators Cab.

A Programmable Controller also connected (through Ethernet Network) the Coal Loader System to Central Maintenance and Administration for constant feedback on the Coal Loaders Progress. The completion of this phase of the project included 29 Remote Communications Nodes.

Designers Edge began by reviewing the Motors and their power requirements. These Included;

Color Touch Screens were added to the Cab and the Motor Control Rooms for Production Control and Maintenance Data. This was possible due to the New Control System and Communications Network installation.

Once the Coal Loader was operational with the new Programmable Controller and its network, Designers Edge added a Radio Remote Control of the whole Coal Loader. The Remote Control Console is worn on a belt of the operator and allows him to walk freely around the ship and operate the Coal loader. 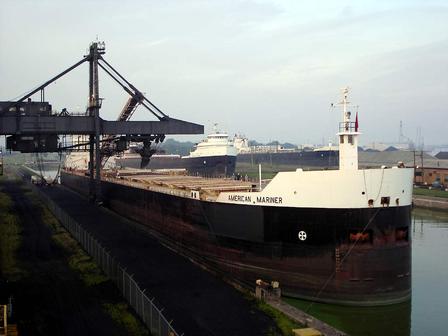 The CSX Lake Freighter Coal Loading System is a key part of the largest port in terms of tonnage on the Great Lakes system.The system transfers up to 100 tons of coal per minute through a series of five conveyor belts into a telescoping funnel that travels 800-feet along a dock to load freighters. The Coal Loader is controlled from an Operators Cab located five stories above the ground and travels out over the Lake Freighter during the loading process. 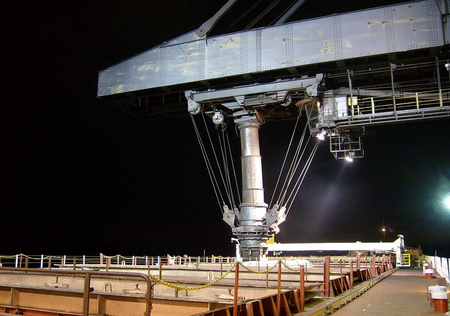 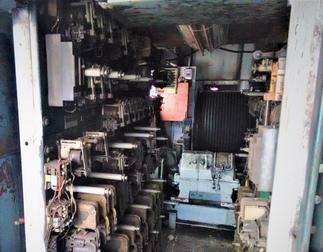 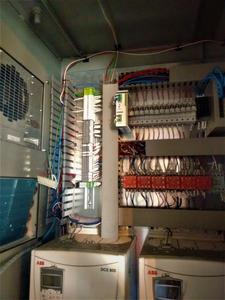 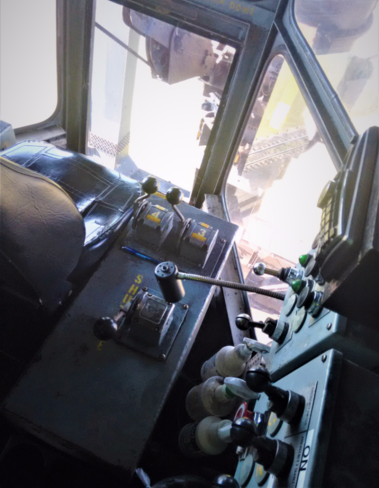 DEI was asked to bring the Coal Loader Controls up to today's standards within the budget available. Our work included:

This installation was Phase I of a three Phase upgrade. Designers Edge has already started Phase II that will include;

The 1950’s control system consisted of a Motor/Generator to supply 250 Volts DC for all of the power to the Coal Loader. 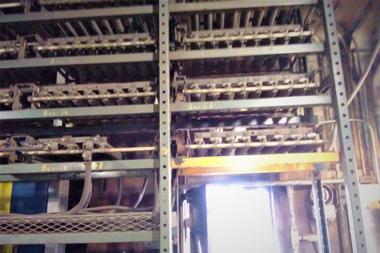 It's tough to provide a perspective of the scale of this operation. Note the size of the men pictured above. The Coal Loader shown in action on the right is also shown in the picture above, beyond the raised walkway. The operation is wider than two and a half football fields and is taller than a five-story building.